In addition to being a magnificent medieval construction, erected between the 13th and 16th century, the Château de Montrottier is a veritable cabinet of curiosities thanks to the intact collections of Léon Marès.

A few meters from Gorges du Fier à Lovagny, on a limestone hillock, stands the medieval castle of Montrottier. The architecture of this pentagonal fortress, absolutely intact, has not suffered any invasion. The successive owners have taken care to restore it in accordance with the rules of the art while respecting the original architectural style.
Raised on a rocky peak, surrounded by the old bed of the Fier ("the great pit"), its role was to watch the road Chambéry-Geneva crossing the gorges of Fier, a place far from the bridges ofAnnecy and Hauteville.
Le castle is built around a cylindrical keep isolated in a courtyard, a square tower, the “tower of the nuns”, large and small residences as well as a building for the body of the guards. It was in the 14th century that the corner turret was added, which contained a superb spiral staircase with a hollow core..

Many owners have succeeded at the Château de Montrottier:

Léon Marès, a wealthy collector born in Montpellier in 1854 and a stud farm officer, moved to the Château de Montrottier in 1906 when he inherited it from his sister. Throughout his life, although he had never traveled, he assembled impressive collections of earthenware, weapons, porcelain, lace, traditional objects from Africa and the Far East. You will discover them as he left them when he died in 1916. As Léo Marès had requested in his will, the château has been open to the public since 1919 and the collections have been left as is.

In the gardens, a playful scenic route takes you to meet the former occupants of the premises: lookout, ambassador or noble lady ...

Let your children dive into the costume trunk. Then you will see their smile and their pride once transformed into princesses and knights during the visit.
Many activities are also organized: acrobats, tales and legends, Festijeux, eagles of Lake Geneva ...

Top deals
Take advantage of a visit to the Château de Montrottier to discover the Gorges du Fier site, located just a few dozen meters away. Between the two visits, enjoy the natural setting and take the time for a short stroll with the family. You will find two restaurants near the castle and the gorges. 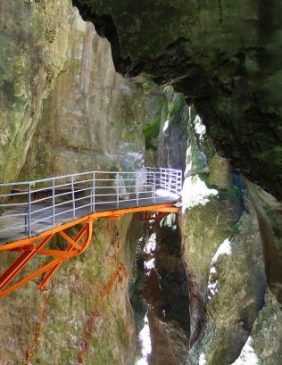 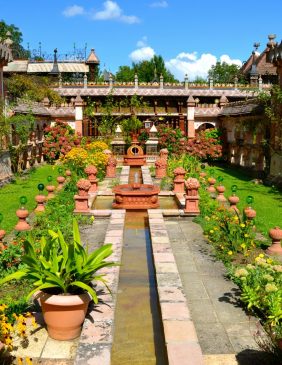 In accordance with the latest health measures taken by the Government, the Tourist Office is currently closed to the public.

See you soon in the flesh! Take care of yourself !